New Delhi. A big good news has come out for the fans of Salman Khan. It is reported that Bhaijaan is fine now and he is all set to celebrate his 56th birthday tomorrow, December 27. Actually, Bhaijaan was bitten by a non-venomous snake at his Panvel farm house today, after which he was admitted to MGM Hospital, but soon he was also discharged from the hospital. At the same time, after biting the snake, his first picture has come to the fore.

Salman Khan Two pictures of him have been shared from his Instagram fan page, in which he is seen smiling a lot. Sharing these pictures, it has been written in the caption that Bhaijaan is now healthy and is ready to celebrate his birthday. Let me tell you, these pictures are of Salman Khan’s farm house, where the process of guest arrival has also started, as you can see in the pictures.

Now these pictures of Salman are going viral on social media and seeing Salman smiling, his fans are also very happy. Let me tell you, earlier Salman Khan’s father Salim Khan had assured the fans in an interview that the actor is completely fine now. He had said, ‘Salman is fine. there is nothing to worry about. This incident happened in the morning, but now they are fine. 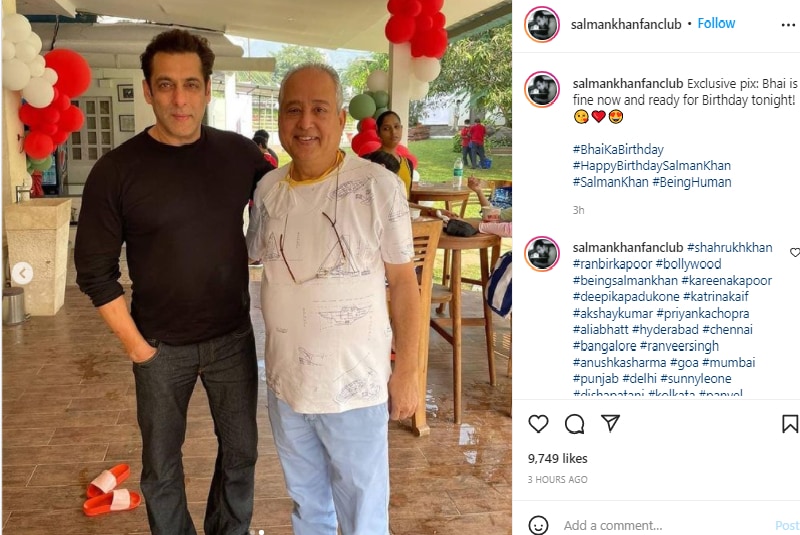 He had further said, ‘The snake was not poisonous and it is common to meet these creatures in the forest area. The doctor has prescribed some medicines, but they are completely fine. According to ANI, Salman Khan will celebrate his 56th birthday at the farmhouse itself. At the same time, on the work front, Salman was recently seen in the film ‘Antim’ with his brother-in-law Aayush Sharma, which proved to be unable to do wonders at the box office, while now Salman’s fans are getting his most awaited film ‘. Waiting for ‘Tiger 3’, in which Katrina Kaif is going to be seen with him.

Trailer of Laal Singh Chaddha will be released on May 29, actor gave good news with this funny video

Trailer of Laal Singh Chaddha will be released on May 29, actor gave good news with this funny video