Tata Motors has today launched the CNG variants of Tiago and Tigor. With the introduction of these vehicles, Tata has entered the league of factory-fitted CNG passenger cars in India, where Maruti Suzuki and Hyundai already sell their products. Tata has launched these CNG variants with i-CNG technology. Which will help these vehicles to give better performance. With the Tiago CNG and Tigor CNG, Tata Motors has become the second automaker in India after Hyundai to offer its cars with petrol, diesel, CNG and electric powertrains.

Tata Tiago CNG price starts from ₹ 6.09 Lakh (ex-showroom), while Tata Tigor CNG price starts from ₹ 7.69 Lakh (ex-showroom). Tata Motors has launched the CNG range of cars keeping in mind the rising prices of petrol and diesel along with better range and environment. Tata is yet to reveal the mileage details of the Tiago and Tigor CNG. But the recently launched Maruti Celerio CNG gives a mileage of 35.60 km/kg.

Also read- Traffic Rule: Challan will not be deducted for talking on the phone while driving, see this rule

The Tata Tiago CNG comes cosmetically similar to the standard model. The factory-fitted CNG kit in the hatchback is the only change that comes with the 1.2-litre Revotron engine. The engine gives a power output of 73 PS. It comes with 165 mm of ground clearance. 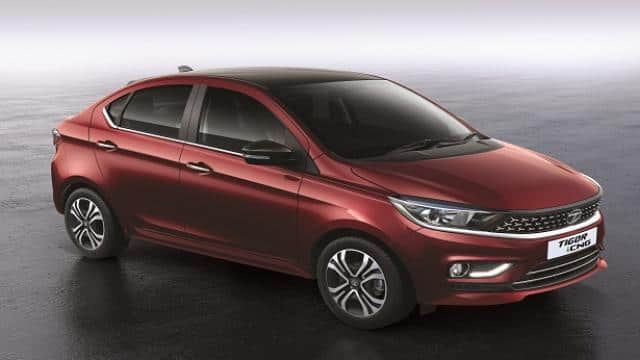 The Tata Tigor has become the first car in India to have petrol, all-electric and CNG variants with the launch of the CNG variant. Like the Tiago CNG, the Tigor CNG also gets a factory fitted CNG kit that comes mated to the 1.2-litre Revotron petrol engine.

If e-challan is cut then there is no need to worry,...

VIDEO: Tata Punch, uncontrollable on the road, collided with a pile...